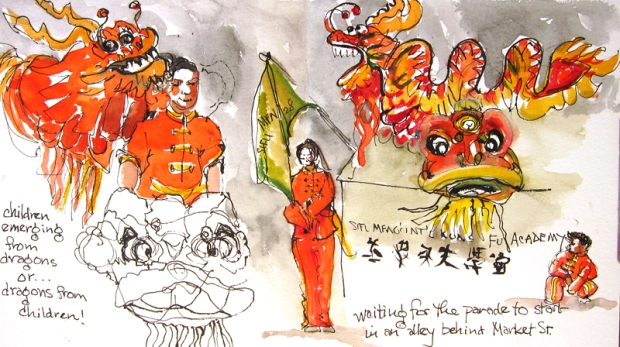 The Chinese New Year festivities and parade in Chinatown, San Francisco was last Saturday! This was my first time going, lured by the SF Sketchers Meet Up group. I followed some of the sketch veterans out to Market St., which was teaming with costumed color. We followed this band of Kung Fu students back to an alley where they were waiting for the parade to start. 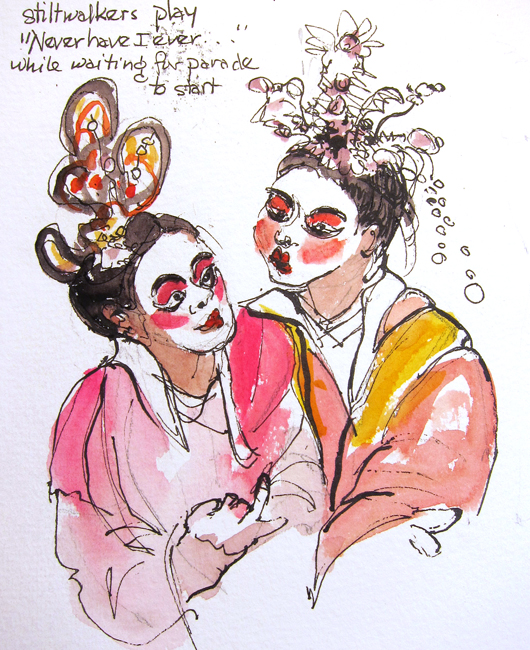 These young girls were sitting on a stone wall with their red stilts and playing a game, gesturing and counting on their fingers and trying not to notice all the photographers (and one very brash sketcher who was standing a few feet away) who were drawn to them like bees to honey. Meanwhile I became part of the attraction, standing there with my sketchbook and paints, because several photographers snapped shots of me as well! 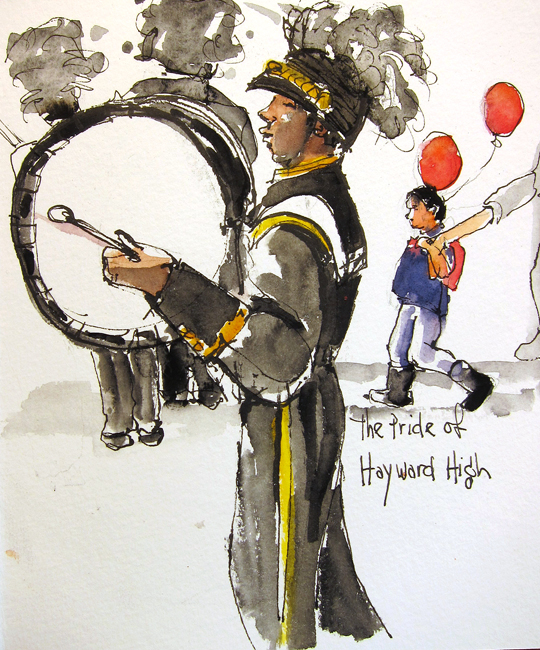 This young high schooler was totally absorbed in the warm up performance when I caught him. I’m standing on the edge of the band with their BIG music  rocking my socks. . .now that’s what I go to a parade for. 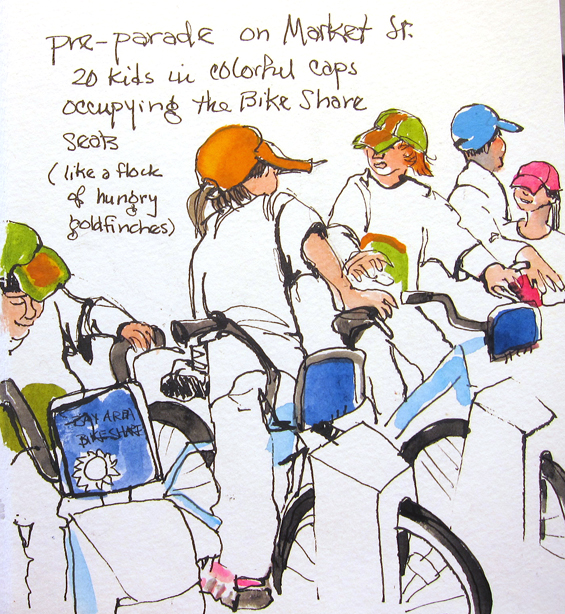 This one I did from my iPhone pic after the fact. By the time the parade started at 5 there was a dizzying level of activity, color, and mind numbing noise in every direction! 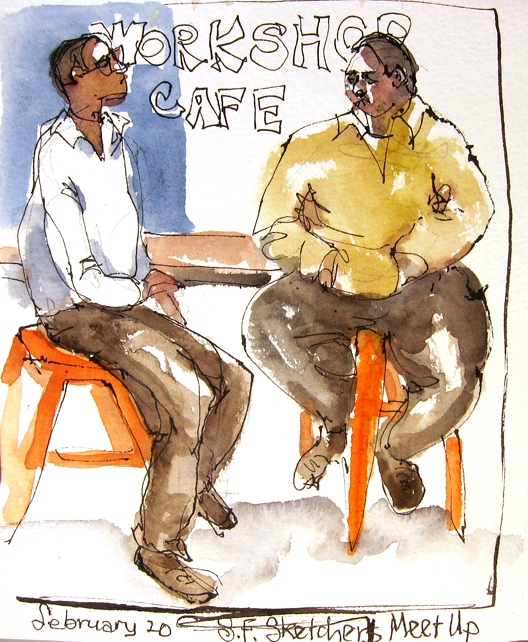 Back to the Workshop Cafe where our group met to share sketches. Such a fun and talented group, and so welcoming. Want to try this some time? All media and levels of experience are welcome. You can find the future Meet Ups on their SF Sketchers page.