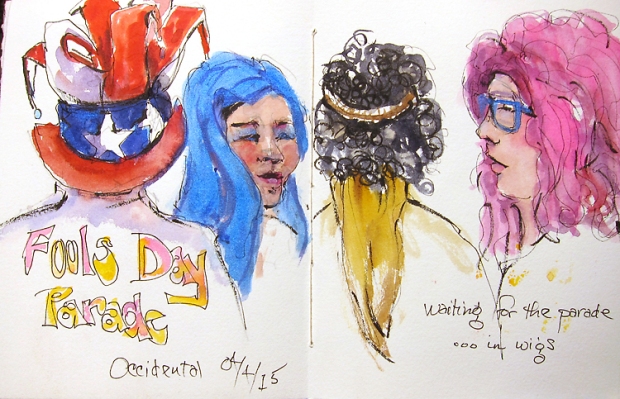 I ventured out with two other sketch-loving-fools. Carole and Suzanne, to capture the Fools Day Parade action in Occidental on Saturday and try to crack the code of how to sketch a parade while everything/one is in movement.

Two of us situated ourselves at a picnic table bench outside a corner store and right behind these four fools in wigs while waiting for the parade to begin.  They were actually relatively still or at least would return to a pose frequently.  The blue and the pink wigs required special paint which was added later – Daniel Smith’s Electric Blue and Holbein’s Opera. 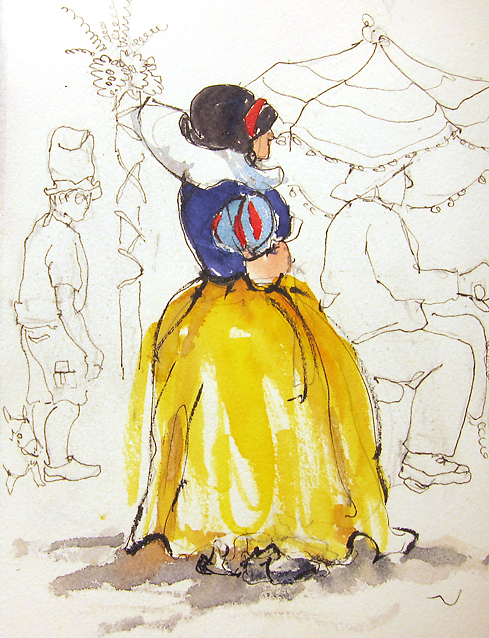 And finally the parade, which consists of the town’s folk in fool costume (a quirky version of Halloween) walking down the street to the music of the Hubbub Club musicians.  They were momentarily held up long enough for me to sketch Snow White. I spotted our third sketcher, Carole, standing in the middle of the street, oblivious to traffic, sketching madly. . .and rescued her! 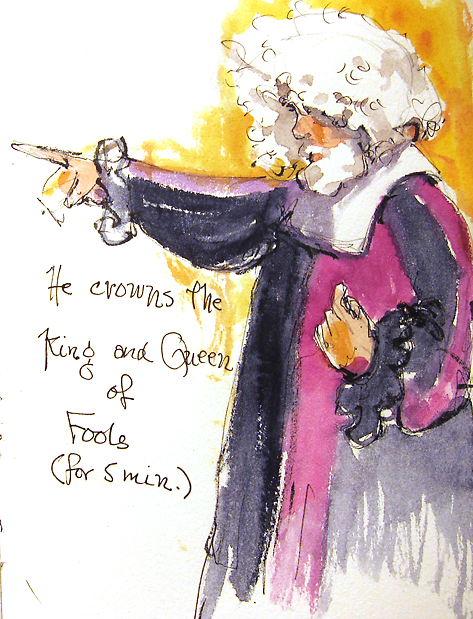 Now we’re standing up in the crowd waiting for the “coronation” of two children as King and Queen of Fools (for 5 min.) by the grand wizard. 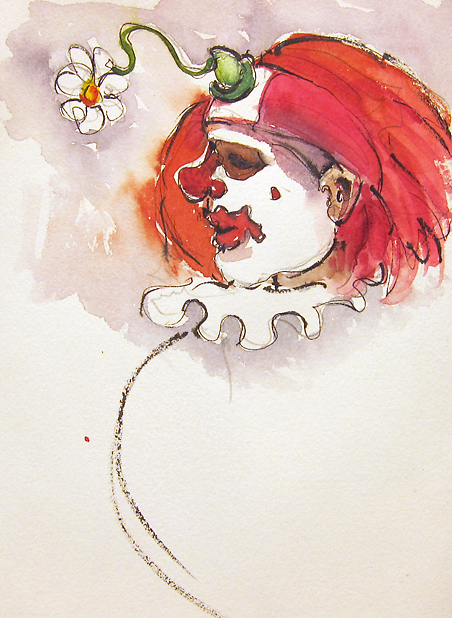 Accompanied by His Imperial Nothingness clown, who was also holding his accordian, which I didn’t have time to sketch. . . 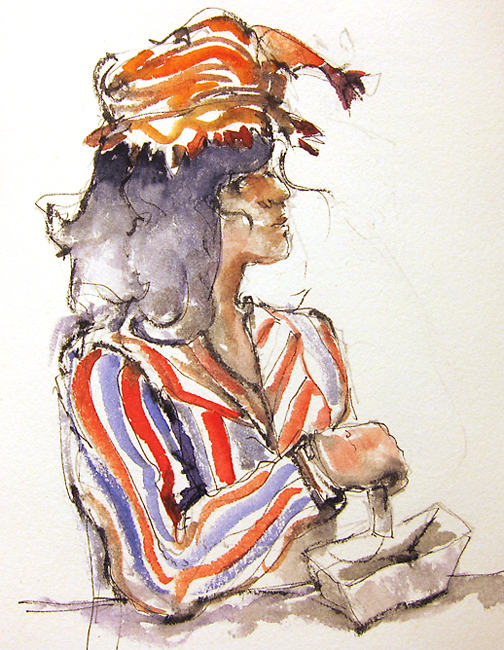 A fool eating lunch and enjoying the open mic concert in the Arts Center.  By this point the marine winds were blowing through town and we were grateful to sit down inside to sketch some more and put some paint on the sketches while listening to local talent.