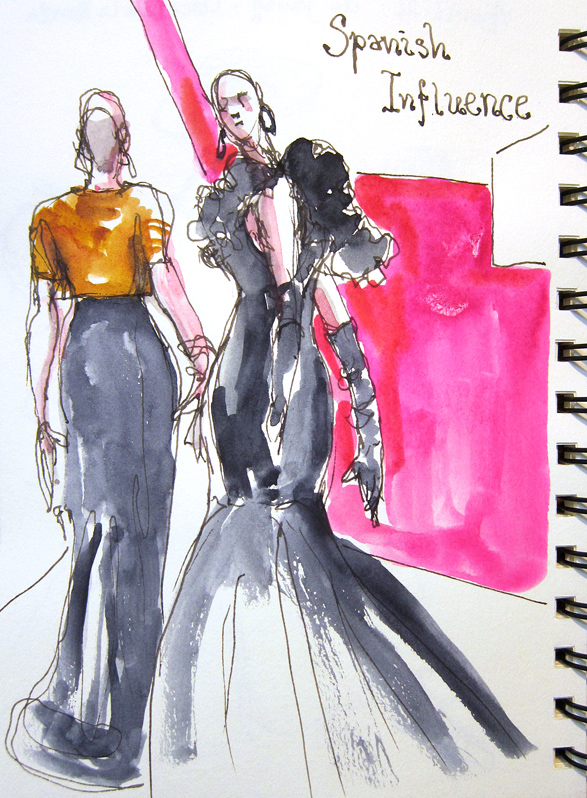 A morning spent at the de Young art museum in San Francisco with two sketch-buddies, there to see the Oscar de la Renta Retrospective show .  The show runs til May 30, so plenty of time to see it.  And bring your sketchbook, because it’s a near ideal situation for sketching the figure.  First of all, the figures are posed in stylized postures. Second, they don’t move. And third, they have no complicated hair and facial features, because they’re bald mannequins!  So you can focus on what really turns you on: color, design, textures, and imagining what it would be like to wear such creations! 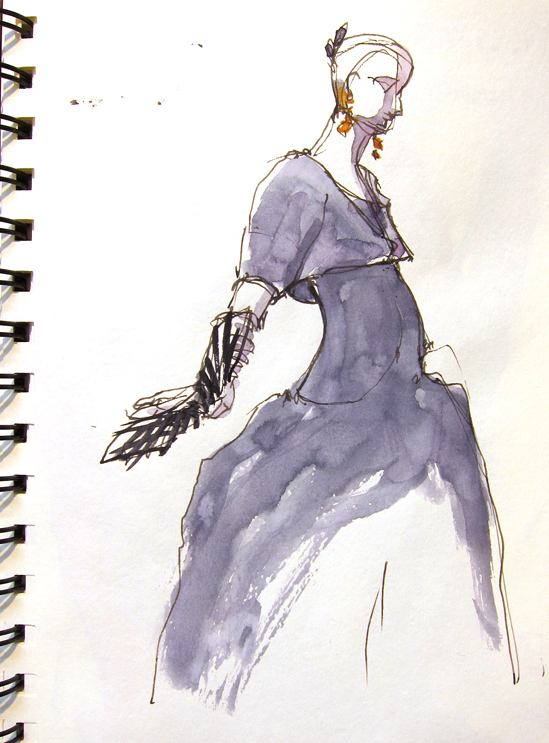 I had a moment of freak out at the entrance when I was told that I couldn’t bring my day pack in unless I held it by the handle like a purse!  Right. And where was the third hand to hold a pen?

The problem was quickly solved by putting my pens and iPhone in a pocket, carrying my sketchbook, and checking the rest in the coatroom.

The exhibition rooms were dark and dramatic.  No place to sit down, but we’d anticipated that.  Sometimes the feet of the model never made it on the page, and in this one I did “her” from two angles to try to get that Cossack-like stance. 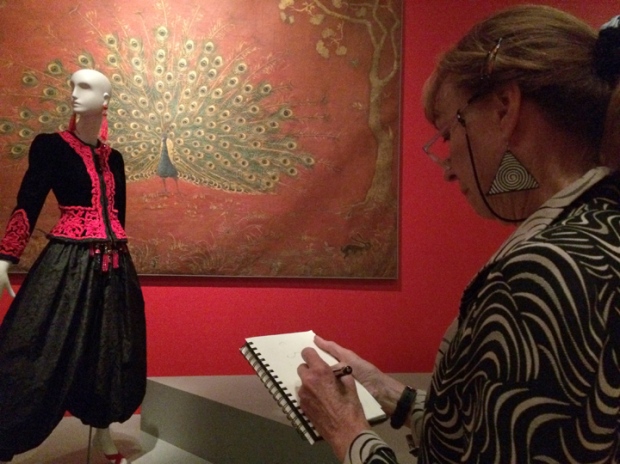 With each figure I took a picture to use as source for adding color at home. 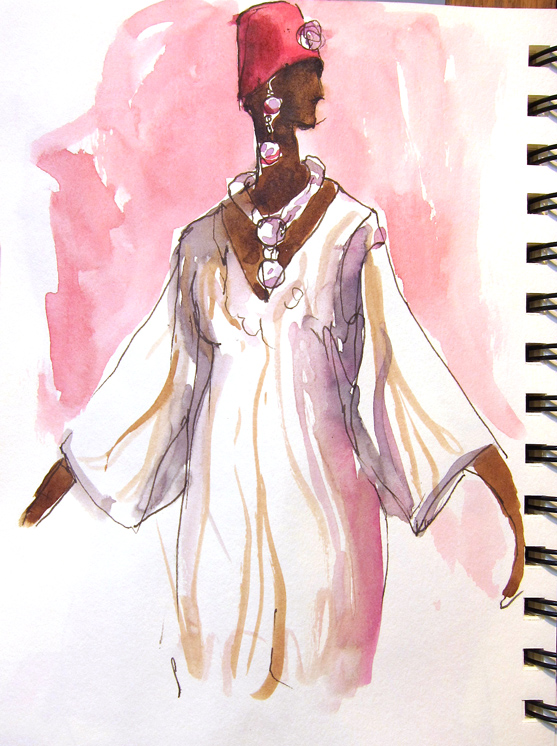 The viewers were mostly women there with their girlfriends, talking about the fabrics, picking their favorites.  It was a real girlfriend extravaganza. 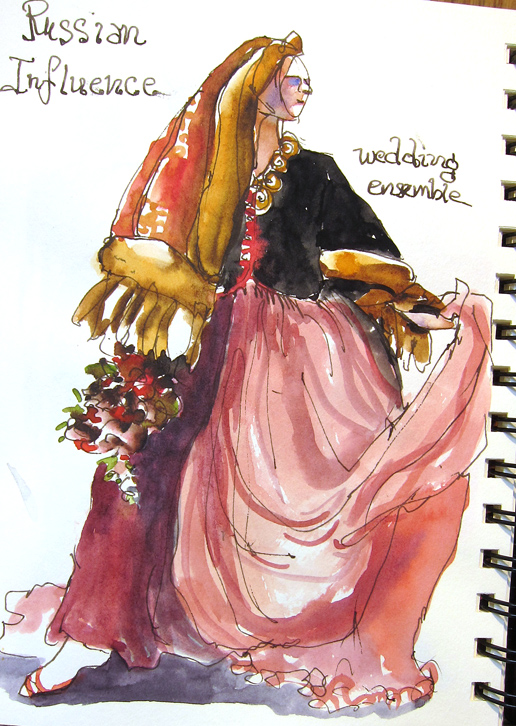 The Eastern Influence room was heavy on the animal skins, like this bridal outfit with the minks dangling from other minks or whatever other poor animal.

We spent some time in this room, deciding which gown we would like to wear.  I tried to think of the last time I wore an evening gown. . .high school prom maybe.  But that doesn’t really count.  Camp Winnarainbow “Kick the Cannes Festival”?

We all liked this one: soft, flowy, and sooo feminine (and not scratchy on the skin) 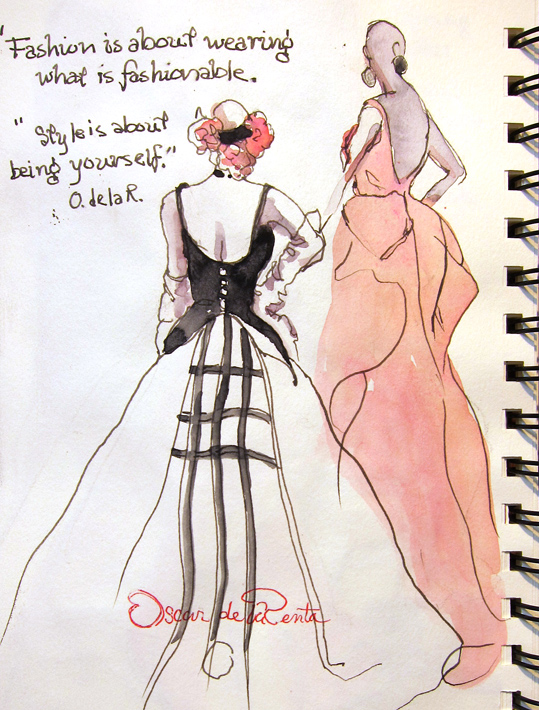 While I was sketching these, the docent came around and I picked up some tidbits.  Sara Jessica Parker wore the white gown at an opening and asked de la Renta to put his name on it, which he did in RED! The pink one flows down three sets of steps.

By the time I’d painted in the drawings at home I was thinking, how fun it would be to do fashion illustration!  in another life perhaps?