I just got home from S.F. last night after a pretty exciting week of activities around the Global Climate Action Summit. Time to get caught up with some posting.

Back to last Saturday’s Rise for Climate, Jobs, and Justice march to Civic Center Plaza. My first sketch when I arrived was a hurried one of Berkeley students painting design outlines for the colorful circles on the streets in front of City Hall. 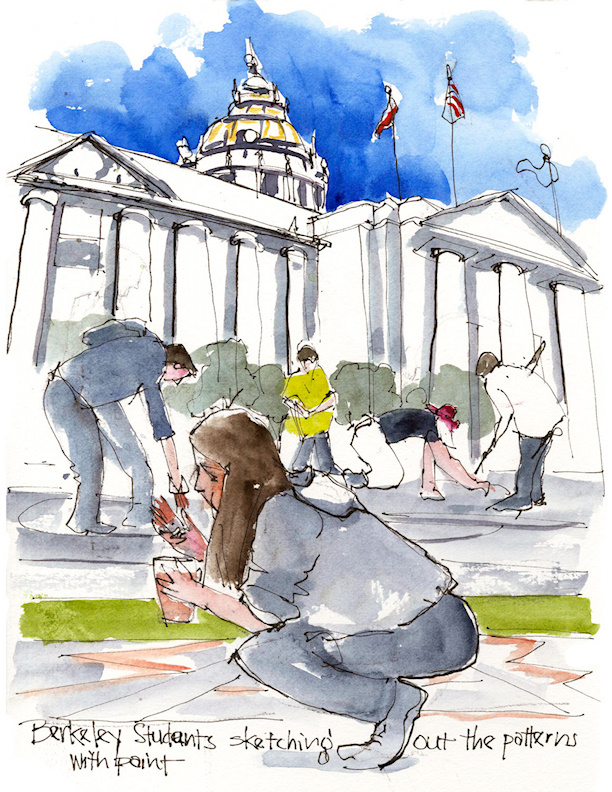 And here’s some more of my climate story sketches, this one done from the table under the tents, where interested marchers were pulled in by the colorful sketches they saw and a chance to tell their own story. 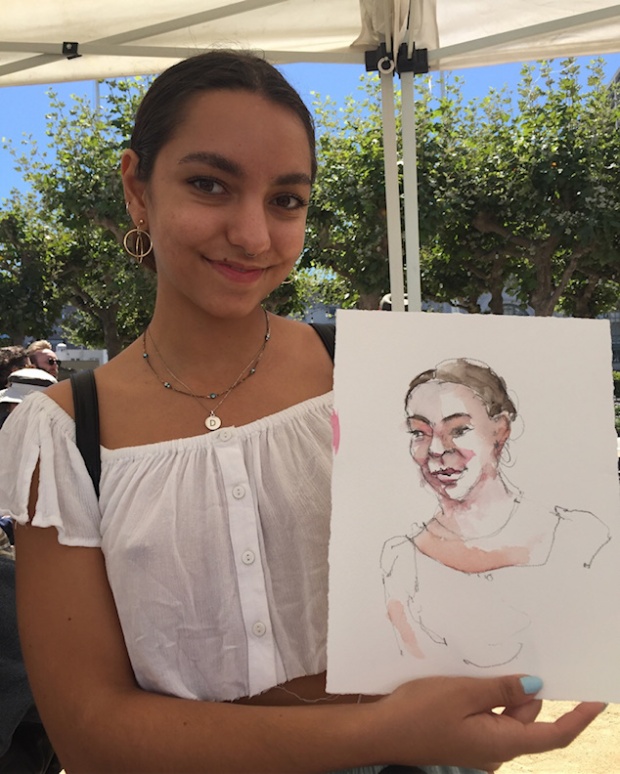 Lia is from Hawaii and a student of environmental studies in San Francisco. She spoke of the fragility of the eco system in Hawaii and her feeling that S.F. was a great place to get involved because of its progressiveness.

The hardest thing in a quick 10 minute portrait is to get the age right. It seems I’m always making younger people look older (as in this one), and older people younger.

This lovely environmentalist is starting young. Kallan is 14 and had come from her home in Annapolis (I assume she meant Maryland) because she feels so strongly about the issues of climate change. She has already been involved in MotherEarthProject, Parachutes For The Planet, circular works of art that are a metaphor for bringing the world back to a safe place, and are used to get communities to commit to implement sustainable activities. 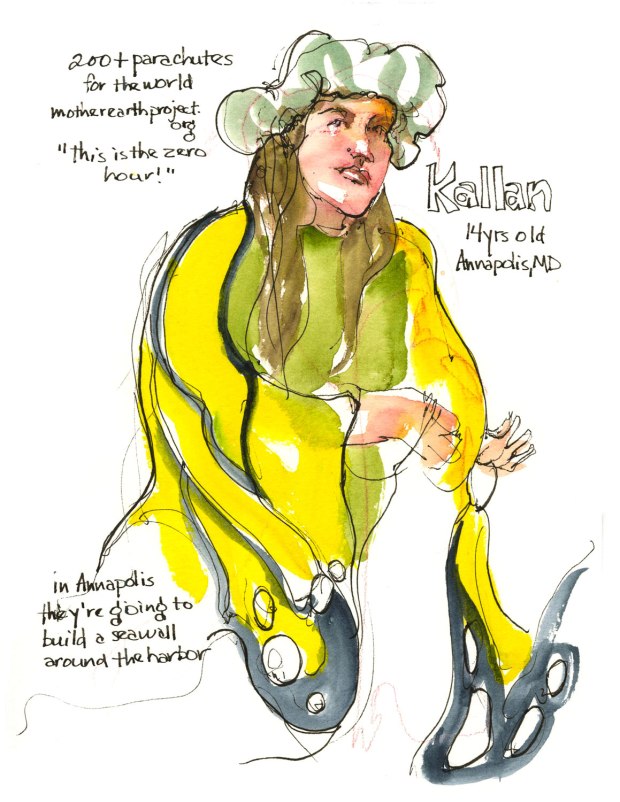 She was dressed as a butterfly! A gentleman who was watching me sketch was very disconcerted that I’d made her look older and told me I should fix it! Since that was impossible, I ignored him and told Kallan that I’d made her look more mature because she is clearly an “old soul”, which is what I believe. I mean to have such a clear purpose at the age of 14. . .! Inspiring.

I was on a run of young women! Gail Gallagher is a brand new teacher of 9th grade biology. “It’s a big moment,” she said, “and I want to be a part of it. We need to get the momentum back.”

That’s the rest of the sketches I was able to do at the march event. I didn’t actually march myself but was at the Civic Center Plaza before and after. There were tree people on stilts and native dancers that rattled as they walked and and tossed their magnificent feather headresses. There were songs and other music and around 4 pm I just walked around enjoying the circle designs. 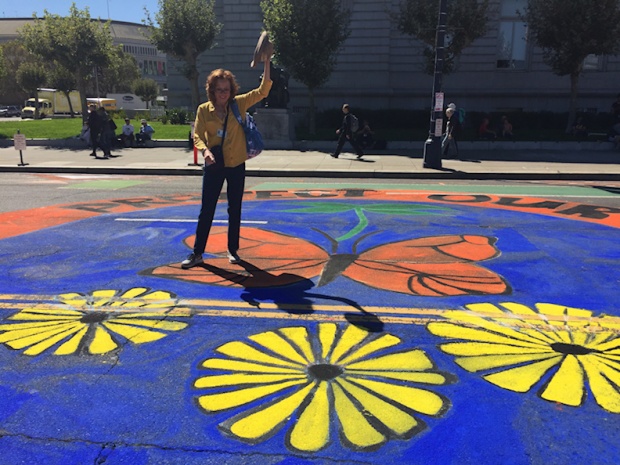 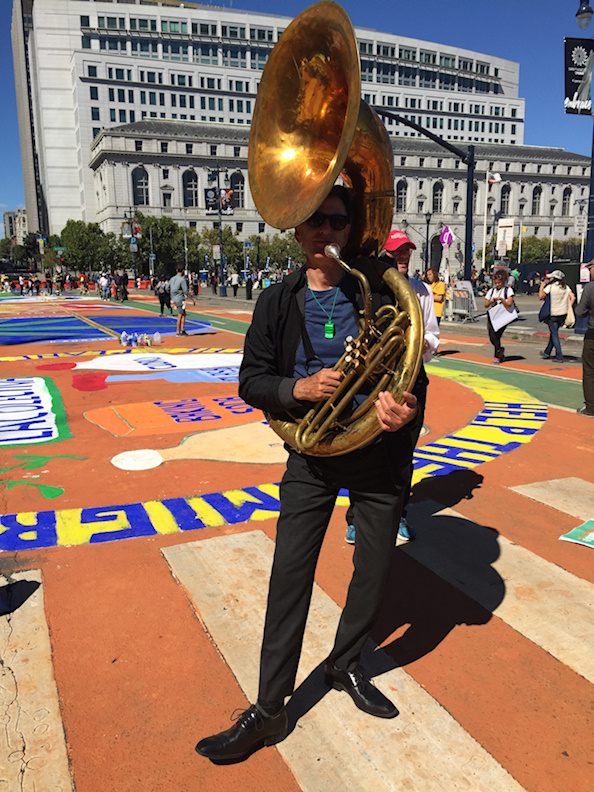 Next: More climate activities, sketches and a pop up art show at the Contemporary Jewish Museum!